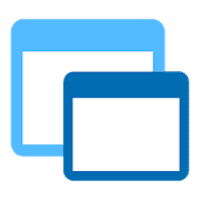 This app is offered by LWi s.r.o. on Google PlayStore with 4.2/5 average users rating and a large number of downloads. It works with Android 4.1 or the latest version.