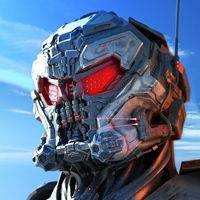 Battle for the Galaxy apk 1.14.2 Play Battle for the Galaxy Download for Free , Take command of the most advanced forces in the galaxy, and battle for supremacy!
Battle for the Galaxy is an exciting mixture of base building, resource management, and strategic combat. Build your base, create powerful upgradeable army, attack enemies to earn medals and steal their resources. Band together with other players to form a clan, and compete with other clans to rule the leaderboards.

Game features:
● Free to play massively multiplayer strategy game
● Leagues and Tournaments
● Stunning 3D art and visual effects
● 20+ buildings to construct and upgrade as you transform your small outpost into a mighty planetary fortress
● Recruit an army of Space Marines, Rocket Troopers, Giant Mechs, and Battle Cruisers. Each of the 8